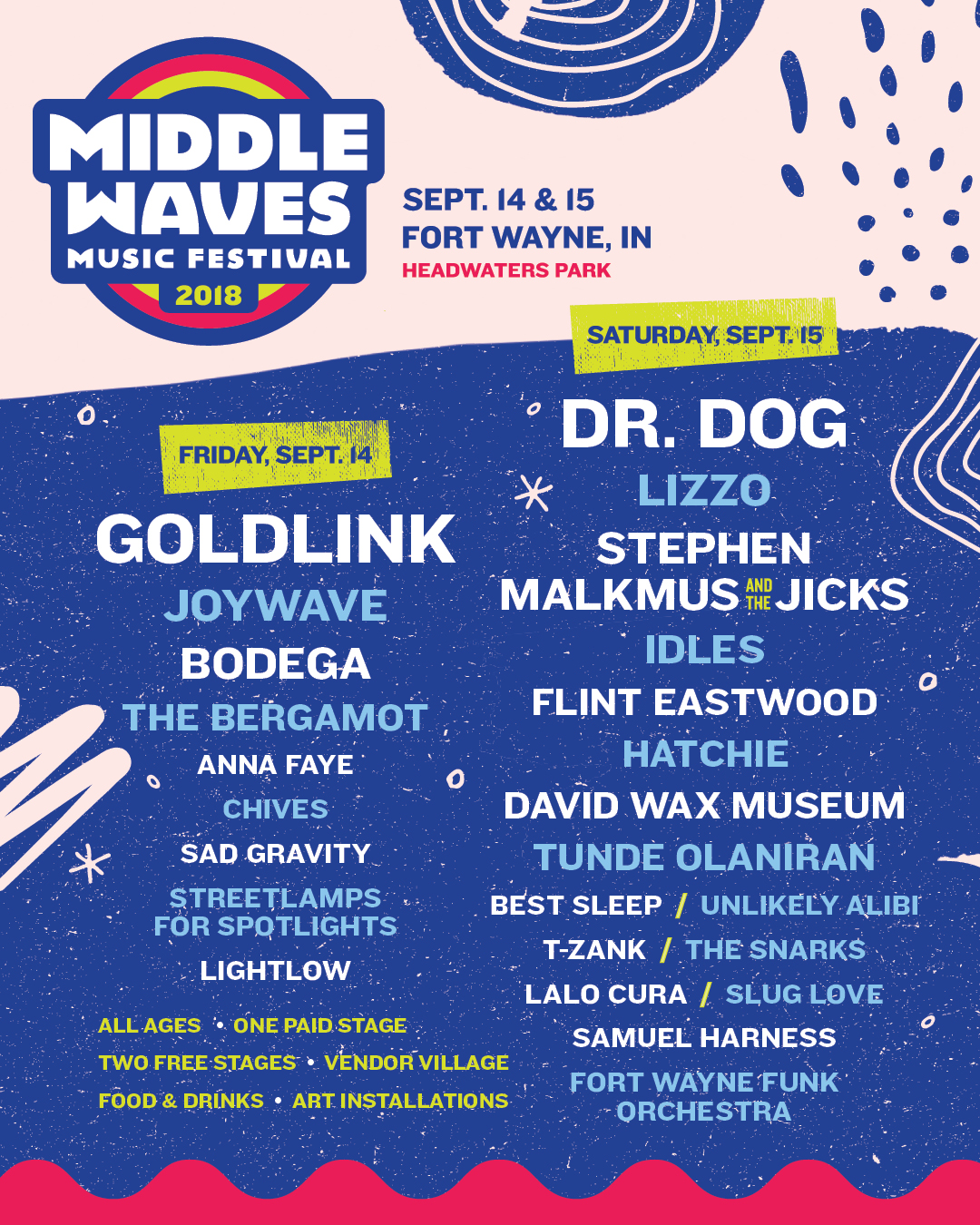 The remainder of the 2018 Middle Waves Music Festival lineup has been announced, to include national acts Joywave and Hatchie.

Presented by Sweetwater, Middle Waves is a destination music festival boasting an eclectic mix of 25+ performers on three stages, two of which are free. With food trucks, beverages, music, interactive art installations, events, fun and games around every corner—people of all ages, all backgrounds and all music preferences are bound to have the time of their lives.

The full 2018 Middle Waves lineup is:

Middle Waves, Inc. is a volunteer-run, non-profit corporation operating in partnership with Arts United, who serves as its fiscal agent. The festival relies on the financial support of local businesses.

The festival’s Board of Directors is: